It's time to take Action 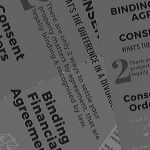 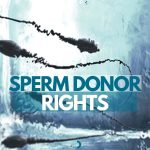 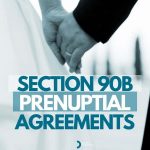 A Binding Financial Agreement is so called because, provided that certain formalities are complied with, such an Agreement can be as “binding” as an order of the Court. A binding financial agreement – sometimes referred to as a “BFA” – can be entered into by married, de facto and same sex couples. Essentially, a BFA can be used in one of two situations:

A financial agreement does not have to be lodged at Court, and does not require the approval of a Judge or other Court officer, in order to be binding. As such, following relationship breakdown, it can be a quicker and more cost-effective tool for formalising an agreement between a separated couple. There can be no doubt as to the binding nature of such an agreement: in the case of property division, the Family Law Act 1975 makes it clear that a Court cannot make Orders in relation to property or other financial matters that are the subject of a binding financial agreement. Also, where BFA’s are used to implement a property division, following relationship breakdown, they attract the same relief from Capital Gains Tax and stamp duty as Court Orders.

Because a BFA may have the effect of excluding the Court’s intervention, there is one important safeguard. Before such an agreement will become binding, both parties to the agreement must obtain advice from an Australian–based lawyer, to the effect that he or she has explained the advantages and disadvantages of the agreement to their client.

There have been multiple changes to the applicable legislation, since BFA’s became available to married couples at the end of 2000. There have also been many reported cases, especially concerning pre-nuptial BFA’s, where one party to a BFA has entered into the agreement in the first flush of love, but upon marriage breakdown live to regret their decision to enter into a BFA and who possibly have discovered that they were not told everything about their partner’s financial position, prior to signing the BFA. All of this demonstrates the need for vigilance for someone who is asked by their partner to enter into a BFA, even when the relationship appears to be on solid ground.

One particular advantage of a binding financial agreement is that, following relationship breakdown, it can be used by a couple as a means of ensuring that neither party will not apply for periodic support (or “spouse maintenance”) in the future. A Court, by contrast, cannot make an order that prevents parties from seeking spouse maintenance.

BFA's outlining assets or instructions in a separation.

For heterosexual and same sex couples, married or de facto.

Contact us for answers to your family law issues.